Happy Veterans Day-to all Veterans near and far 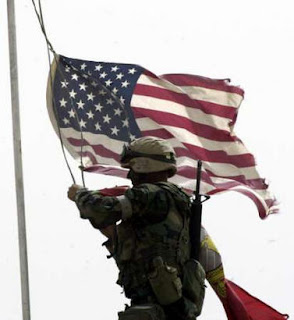 Soldiers, Sailors and Airmen of the Allied Expeditionary Force! You are about to embark upon a great crusade, toward which we have striven these many months. The eyes of the world are upon you. The hopes and prayers of liberty loving people everywhere march with you. In company with our brave Allies and brothers in arms on other fronts, you will bring about the destruction of the German war machine, the elimination of Nazi tyranny over the oppressed peoples of Europe, and security for ourselves in a free world.
Your task will not be an easy one. Your enemy is well trained, well equipped and battle hardened, he will fight savagely.
But this is the year 1944! Much has happened since the Nazi triumphs of 1940-41. The United Nations have inflicted upon the Germans great defeats, in open battle, man to man. Our air offensive has seriously reduced their strength in the air and their capacity to wage war on the ground. Our home fronts have given us an overwhelming superiority in weapons and munitions of war, and placed at our disposal great reserves of trained fighting men. The tide has turned! The free men of the world are marching together to victory!
I have full confidence in your courage, devotion to duty and skill in battle. We will accept nothing less than full victory!
Good Luck! And let us all beseech the blessings of Almighty God upon this great and noble undertaking.
-- Gen. Dwight D. Eisenhower
Posted by Konall at 22:40 No comments: 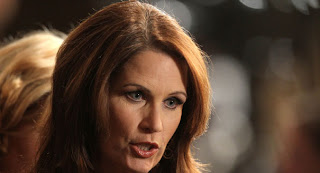 Wonderful news. They both are terrific conservatives, and it’s good to see that they are not going to allow the media to divide them and have them fight each other. I also think that the GOP leadership in the House should be as conservative as possible, but not flashy and polarizing (at least not because of personality). This would deny the Dems a target like we have in Pelosi and Obama.

This will allow Bachmann to do what she does best, be the partisan conservative that debates the MSM, without having her partisanship turn off the squishy middle, as would happen if she is part of the GOP leadership. 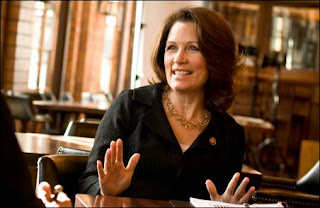 My guess is that she’s flexed her muscles, proved that she’s a force to be reckoned with, and will let Hensarling (who also is a perfectly good conservative) get the nod. Michele can now concentrate on legislation, and may be thinking about perhaps running for the Senate in 2012 against Klobuchar (although she may prefer to wait until 2014 for the lower-hanging fruit, Al Franken).
HAT TIP FREE REPUBLIC
Posted by Konall at 22:18 No comments: