From legalinsurrection.com and Subotai Bahadur

Subotai Bahadur | December 30, 2012 at 3:19 pm WHEN IS IT..................... AAAAAAAAAAAAAAAAAAAAAAAAAAAAAAAAA Professor, we are literally in the end stage of pretending that politics as normal mean something. The Constitutional order has been de facto overturned, while retaining the external trappings of the old order. The government is at open war on the Bill of Rights. Congress has lost the power of the purse and no longer represents anything but their own vested interests. The rule of law is gone. Who you are and who you are connected to decides if you will be prosecuted for any crime. No connections = no mercy and frequently no due process. If connected to the regime, you are immune. Our courts have withdrawn from the fray or have been subverted. In any major issue, it seems that the courts rule that there is no one who has standing to oppose the will of the State; so the State wins. And if a matter does get before the courts, the courts rule based on politics, not law. The Supreme Court is no longer a barrier defending the Constitutions. When Chief Justice Roberts suddenly reversed his entire life’s work to rule that the Federal government could violate the Constitution so long as it did it in the guise of a tax; it was obvious that he has been gotten to and is now merely a tool of the regime. Moderating our conduct while the country is still on this side of violence will not prevent things going from bad to worse. Things are going to get worse even if we become martyred saints. Our restraint in the face of ongoing attacks merely removes restraints on the conduct of those who seek the destruction of our country and Constitution. If their escalations are only met with feeble responses on our part, they are encouraged to push the envelope until they reach the point of violence. So long as no law is broken [after all, that is the standard of combat that they have set; akin to say the real rules on the use of poison gas in warfare] then hit back twice as hard. Make them deal with their families and their neighbors being angry at them. And publicly out the nature of their bias’ in every thing they publish. Keep in mind that just recently the State got the power to wiretap, investigate, and arrest people without warrant of probably cause. Do you think that they are going to limit what they dig up in the name of “decency”? Look at their record. Every employee of the paper should have a full background check, as deep as can be done within the bounds of the law. If a prospective employer can find it, then it should be legal. And publishable. Criminal records, court judgments, membership in various organizations, political contributions, public statements. If the investigation leads to family members, so be it. Reveal it all. Publish the ownership/management details of all the companies who advertised in the editions where the permit holders are/were mapped who continue to advertise with them. There will be the implication that they could receive the same detailed attention as the employees. And if Gannett does not rein in the Journal News; move up the corporate food chain. Given the nature of the Journo-List 2.0 media; it would be wise for all of their major personalities to be subject to the same investigation as the Journal-News’ staff just to have in reserve for when they next outrageously lie. And every personality in the current administration. There is a lot of work to do. Oh, and one more little cross check on the Journal-News’ map. Do not take it on faith that their map was complete. Follow up on it and make sure that they did not “accidentally” forget to publish the names of various politically or otherwise connected individuals that they did not want to offend. If there are political or other celebrities who are calling for the abolition of the 2nd Amendment while themselves being armed; that needs to be Alinsky-ed out. If we are to have a hope of stopping the enemies of our country before they physically attack us, we have to make them pay a price and show that they will be opposed if they cross that line. Yielding to them does not accomplish that end. I am reminded of a quote by Alexander Solzhenitsyn in his GULAG Archipelago that seems on point. It was about the greatest regret of those in the slave labor camps: What would things have been like if every Security operative, when he went out at night to make an arrest, had been uncertain whether he would return alive and had to say good-bye to his family? Or if, during periods of mass arrests, as for example in Leningrad, when they arrested a quarter of the entire city, people had not simply sat there in their lairs, paling with terror at every bang of the downstairs door and at every step on the staircase, but had understood they had nothing left to lose and had boldly set up in the downstairs hall an ambush of half a dozen people with axes, hammers, pokers, or whatever else was at hand? Part I The Prison Industry, Ch. 1 “Arrest” (p13, The Gulag Archipelago, Collins 1974) The forces of the Left right now know that they attack us short of violence in perfect safety. We cannot let them think that that safety will be there when they inevitably turn to violence. Thus, we must strike back overwhelmingly before that line is crossed. Subotai Bahadur
Posted by Konall at 23:06 No comments: 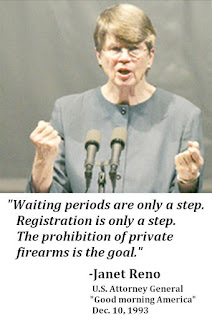 "No compact among men ... can be pronounced everlasting and inviolable, and if I may so express myself, that no Wall of words, that no mound of parchment can be so formed as to stand against the sweeping torrent of boundless ambition on the one side, aided by the sapping current of corrupted morals on the other." --George Washington, draft of first Inaugural Address, 1789
Posted by Konall at 09:31 No comments:

"To judge from the history of mankind, we shall be compelled to conclude that the fiery and destructive passions of war reign in the human breast with much more powerful sway than the mild and beneficent sentiments of peace; and that to model our political systems upon speculations of lasting tranquillity would be to calculate on the weaker springs of human character." --Alexander Hamilton, Federalist No. 34, 1788
Posted by Konall at 10:03 No comments: 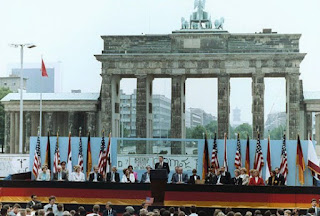 hat tip to the The Gateway Pundit
Posted by Konall at 21:20 No comments: 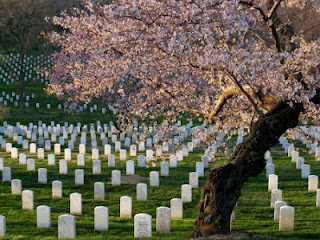 "I do not choose to be a common man,
It is my right to be uncommon … if I can,
I seek opportunity … not security.
I do not wish to be a kept citizen.
Humbled and dulled by having the
State look after me.
I want to take the calculated risk;
To dream and to build.
To fail and to succeed.
I refuse to barter incentive for a dole;
I prefer the challenges of life
To the guaranteed existence;
The thrill of fulfillment
To the stale calm of Utopia.
I will not trade freedom for beneficence
Nor my dignity for a handout
I will never cower before any master
Nor bend to any threat.
It is my heritage to stand erect.
Proud and unafraid;
To think and act for myself,
To enjoy the benefit of my creations
And to face the world boldly and say:
This, with God’s help, I have done
All this is what it means
To be an Entrepreneur.”


Written 236 years ago by the author of Common Sense