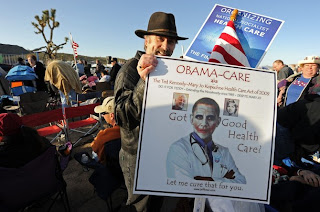 President Barack Obama is one of the worst presidents ever in terms of respecting constitutional limitations on government, and the states suing the federal government over healthcare reform "have a pretty strong case" and are likely to prevail, according to author and judicial analyst Andrew P. Napolitano.

In an exclusive interview with Newsmax.TV's Ashley Martella, Napolitano says the president's healthcare reforms amount to "commandeering" the state legislatures for federal purposes, which the Supreme Court has forbidden as unconstitutional.

Labels: don't give up the ship

Do the States Hold the Answer to a Runaway Congress?

The state of New Jersey provides in Article 1 Section 2b of its Constitution that:

The people reserve unto themselves the power to recall, after at least one year of service, any elected official in this State or representing this State in the United States Congress. The Legislature shall enact laws to provide for such recall elections.

Eight other states—Colorado, Louisiana, Michigan, Montana, North Dakota, Oregon, Washington and Wisconsin—have laws on their books providing for broad recall of elected officials, which could include Members of Congress. Altogether, these nine states have 12 incumbent Senators in the runaway Congressional majority who are not already standing for re-election in 2010, but, in the event of successful petition drives, could be.

Labels: don't give up the ship 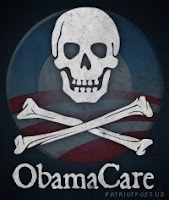 "A terrible thing happened to America on Sunday, March 21, 2010. The country took its biggest step ever down a road diametrically opposed to its original intent of keeping the state small so that the individual can be free and great." --columnist Dennis Prager
Posted by Konall at 23:49 No comments:

Democrats have taken responsibility for what comes next -- to insurance premiums, government spending, doctor shortages and the quality of care. They are now the rulers of American medicine." --The Wall Street Journal
Posted by Konall at 22:44 No comments:

Liberals keep complaining that Republicans don't have a plan for reforming health care in America. I have a plan! It's a one-page bill creating a free market in health insurance. Let's all pause here for a moment so liberals can Google the term 'free market.' Nearly every problem with health care in this country -- apart from trial lawyers and out-of-date magazines in doctors' waiting rooms -- would be solved by my plan. In the first sentence, Congress will amend the McCarran-Ferguson Act to allow interstate competition in health insurance. We can't have a free market in health insurance until Congress eliminates the antitrust exemption protecting health insurance companies from competition. ... The very next sentence of my bill provides that the exclusive regulator of insurance companies will be the state where the company's home office is. Every insurance company in the country would incorporate in the state with the fewest government mandates.... The third sentence of my bill would prohibit the federal government from regulating insurance companies, except for normal laws and regulations that apply to all companies. Freed from onerous state and federal mandates turning insurance companies into public utilities, insurers would be allowed to offer a whole smorgasbord of insurance plans, finally giving consumers a choice. Instead of Harry Reid deciding whether your insurance plan covers Viagra, this decision would be made by you, the consumer. (I apologize for using the terms 'Harry Reid' and 'Viagra' in the same sentence. I promise that won't happen again.) Instead of insurance companies jumping to the tune of politicians bought by health-care lobbyists, they would jump to tune of hundreds of millions of Americans buying health insurance on the free market. Hypochondriac liberals could still buy the aromatherapy plan and normal people would be able to buy plans that only cover things such as major illness, accidents and disease. ... This would, in effect, transform medical insurance into ... a form of insurance! My bill will solve nearly every problem allegedly addressed by ObamaCare -- and mine entails zero cost to the taxpayer. Indeed, a free market in health insurance would produce major tax savings as layers of government bureaucrats, unnecessary to medical service in America, get fired. ... In addition to saving taxpayer money and providing better health insurance, my plan also saves trees by being 2,199 pages shorter than the Democrats' plan. Feel free to steal it, Republicans!" --columnist Ann Coulter
Posted by Konall at 23:27 No comments:

A Very Early Christmas for the IRS?


As if yesterday's news about Representative Slaughter's (D-NY) bill wasn't enough, today Hands OFF My Health has learned that the Democrats' health care bill will give $5-10 billion to the IRS.  Apparently, the plan to create government-run health care requires a lot more taxmen to comb through your finances.  The two absolutes of life - death and taxes - won't be changing, or improving, anytime soon.
http://publicplanfacts.org/2010/03/here-comes-the-taxman/ 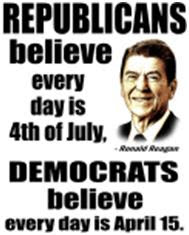