TAKE ACTION
SEND THE FOLLOWING E-MAIL; THEN CALL YOUR CONGRESSMAN AND TELL THEM TO VOTE NO ON"WAXMAN MARKEY CLEAN ENERGY BILL" (CAP&TAX) THEY ARE VOTING ON IT ON FRIDAY,SO WE NEED TO MELT THE PHONES.
http://capwiz.com/atr/issues/alert/?alertid=13620781
Posted by Konall at 13:33 No comments: 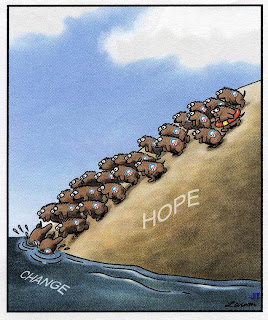 Wonder why Healthcare is so expensive?

Watch this video to find out one huge contributing factor.
What ever happened to the people we elected to watch out for waste,fraud and abuse?
Don’t be fooled about all those “uninsured people”. Anyone who needs medical attention can get it. Watch the video and stand up for your rights.
You are sitting there wondering why you have to pay so much for health care. This might explain it a little. This is one small hospital in Florida. Unbelievable. Please watch this short video. Everyone needs to hear this. It affects every one of us. This is why you can't afford good health care. 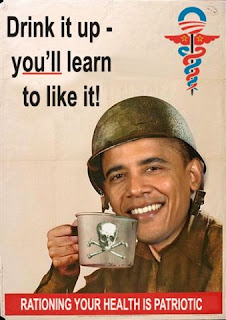 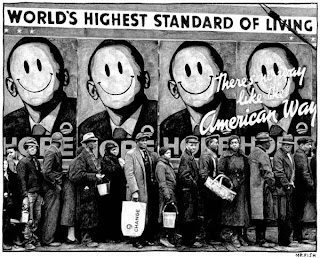 Lawmakers are proposing alcohol tax increases across the country that will put jobs in your community at risk and raise the cost of your favorite drink. There's a real price to pay when elected officials misguidedly try to replenish state budgets with regressive taxes that will hit us at a time when we are already being hit hard economically.
https://www.axetaxesnotjobs.com/index.aspx
TAKE ACTION......I like the way that sounds.....Take action.
Many of the websites I link to have a TAKE ACTION tile.
Posted by Konall at 22:39 No comments:

Stop the EPA from Hijacking the Economy 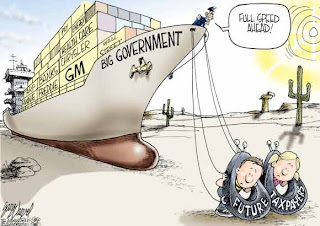 The day after the TEA PARTY'S we all wondered what we could do to continue to fight back,and hence the function of this site is to try and help fellow TEA PARTY PATRIOTS continue the fight.I urged in previous posts to sign all conservative cause petitions you can find.......
Voice your opposition to the EPA declaring carbon dioxide a greenhouse gas and harmful to humans' health.
click on the link from http://www.myheritage.org/ AND KEEP THIS SITE ON YOUR MUST READ LIST.
Then go sign the petition at http://www.stopepa.com/
Posted by Konall at 22:45 No comments:

Do Democrats Cheat to Win? 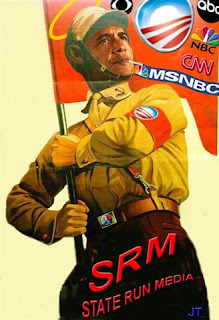 Well....Yes they do,
Just that they are allowed to get away with it by the MSM.
Ever since Richard Nixon acquiesced over the clearly fraudulent vote count in Illinois allowing Kennedy to win by one electoral vote ,courtesy Mayor Daly the thug-gangster, registering over 100,000 dead people to vote turning the state and turning the presidential election.
Nixon didn't want to fight it even though advisers said it was on solid ground,Nixon preferred not to "put the Country through that".
http://okwereright.blogtownhall.com/2009/06/12/night_of_the_living_dead_voters.thtml
Posted by Konall at 02:58 No comments:

Flag Day the 232nd birthday of our beloved American Flag

This Flag Day marks the 232nd birthday of our beloved American Flag. The Star-Spangled Banner was chosen as our flag by the Continental Congress on June 14, 1777.
From our Founding Fathers on down, let us honor those who have pledged allegiance to our flag and have sacrificed to secure our freedom.“Old Glory” is a symbol of honor for us all. On Flag Day, June 14, fly it proudly in honor of our brave soldiers, sailors, airmen, Marines and Guardsmen, who go into battle under it and sacrifice their lives to protect it.

As we speak of her,something most people are not familiar with is the proper way to retire "Old Glory".If you have a boy scout troop in your area then you have the proper means by which to retire her.....read>>
http://www.usscouts.org/ceremony/flagret1.asp
Posted by Konall at 12:14 No comments:

Obama Care : We cannot afford it! 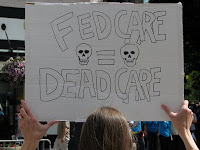 From : The Market Ticker
I know, Obama wants his health plan
You do realize that the recent "PayGo" flim-flam ignores (intentionally) up to $2.6 trillion in debt (new deficits) taken on to promote that plan, right?
Do you think we can afford it?
We ran a $189.7 billion deficit this last month folks. Annualized this is a staggering $2.276 trillion dollars - for one year.
That's the difference between tax receipts and spending.
$2.276 trillion dollars.
We cannot keep doing this. Our lenders (the Chinese, Saudis and others) will not permit us to keep doing this. read more here......http://market-ticker.denninger.net/archives/1110-Obama-Care-We-Cannot-Afford-It.html
also another good read and website........Flopping Aces....read on
http://www.floppingaces.net/2009/06/11/the-ama-will-oppose-obamas-health-care-socialism-plans/
Posted by Konall at 23:15 No comments:

Actor and noted conservative Jon Voight trashed the heck out of President Barack Obama last night at a fundraiser/good ol’ boy’s club meeting at the Washington Convention Center.
from http://www.rantrave.com/

“Free this nation from this Obama oppression… Obama thinks he ......... 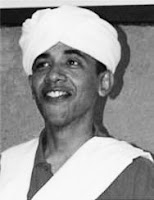 So he doesn't have an excuse for all the errors in this Egypt speech.....
Errors of fact...
http://www.youtube.com/watch?v=TbV9ZIJhlO0&feature=player_embedded
Posted by Konall at 00:37 No comments: 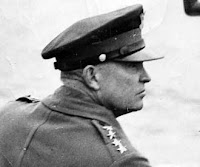 http://www.army.mil/d-day/
Soldiers, Sailors and Airmen of the Allied Expeditionary Force! You are about to embark upon a great crusade, toward which we have striven these many months. The eyes of the world are upon you. The hopes and prayers of liberty loving people everywhere march with you. In company with our brave Allies and brothers in arms on other fronts, you will bring about the destruction of the German war machine, the elimination of Nazi tyranny over the oppressed peoples of Europe, and security for ourselves in a free world.
Your task will not be an easy one. Your enemy is well trained, well equipped and battle hardened, he will fight savagely.
But this is the year 1944! Much has happened since the Nazi triumphs of 1940-41. The United Nations have inflicted upon the Germans great defeats, in open battle, man to man. Our air offensive has seriously reduced their strength in the air and their capacity to wage war on the ground. Our home fronts have given us an overwhelming superiority in weapons and munitions of war, and placed at our disposal great reserves of trained fighting men. The tide has turned! The free men of the world are marching together to victory!
I have full confidence in your courage, devotion to duty and skill in battle. We will accept nothing less than full victory!
Good Luck! And let us all beseech the blessings of Almighty God upon this great and noble undertaking.
-- Gen. Dwight D. Eisenhower
Posted by Konall at 20:49 No comments:

This is something.....wow
check out the story and check out the website.
Makes you feel good!!!!!
http://www.conservatives4palin.com/2009/06/gov-palin-in-auburn-seneca-falls-ny.html
http://www.realclearpolitics.com/video/2009/06/06/palin_government_stands_in_the_way.html
Posted by Konall at 20:21 No comments: 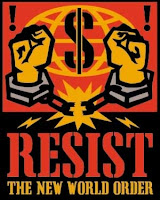 Stop ACORN from Accessing Taxpayer Dollars......
GO to Michele's website and SIGN THE PETITION so Michele can give it to Pelosi.

The demoncrats are funding there voter intimidation and fraud ,of which they have been convicted a few times of doing ,are going to use TAXPAYER DOLLARS to insure.... demoncrats stay in power forever......
http://www.michelebachmann.com/news.php
and this is Michele..............
Posted by Konall at 20:43 No comments: 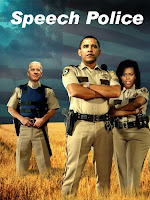 Not enough hours in the day.......time for a quick link,
This website wants to charge 20 bucks to send faxes to all government representatives,but it is still chock full of good stuff you should look at and be aware of....

TAKE ACTION........as we have, so shall we continue to.
My fellow Tea Party Patriots.........
This site is a must read for all the Tea Party Patriots....
TAKE ACTION..... tell the House of Representatives ..... to vote NO on the hidden tax increase and expansion of the size and cost of government.
http://councilfor.cagw.org/site/PageServer?pagename=CCAGW_homepage
"To advocate an efficient, sound, honestgovernment is neither left-wing nor right-wing, it is just plain right." -- J. Peter Grace, Co-founder CAGW
Posted by Konall at 23:33 No comments: