OK....I guess everyone tuned in for Glenn Beck's stem winder to wrap up the CPAC conference.
I thought it was a very good speech,at times he seemed to wander off a little bit ,but it was  definitely a solid impact.
Here is a little tidbit I would like to add today ......
From Politico.com
Paul's victory renders a straw poll that was already lightly contested among the likely 2012 GOP hopefuls all but irrelevant as the 74-year-old Texan is unlikely to be a serious contender for his party's nomination. CPAC organizers were plainly embarrassed by the results, which could reduce the perceived impact of a contest that was once thought to offer a window into which White House hopefuls were favored by movement conservatives.
Boos as Ron Paul wins CPAC straw poll
A spokesman for the conference rushed over to reporters following the announcement to make sure they had heard the unmistakable boos when the screen first showed Paul had won the straw poll.
2,935 votes were cast in the straw poll, the most in the history of the 37-year conference, but a fraction of the approximately 10,000 people who attended CPAC. 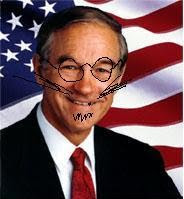